The Joy of Wax

I have to say that this Christmas was probably the best one our family has had in a very long time.  It seemed like there was a story with each gift that was opened.  It made for a slower, more relaxed, and less hectic morning. That, and the fact that we got up after 8:00. Well, okay; my youngest was up around 7-ish, but still. I got up around 8:15, made coffee, then decided on a whim to whip up a batch of cinnamon rolls from scratch.

Wow, where did that energy burst come from?

Then, my husband got up around 8:30, followed by my eldest.  I didn't really expect for him to get up until at least 9:30.  I was also planning on making our big Christmas breakfast, too.  The fellas were starving, so I began cooking.  I think we finally began opening our gifts around 10:45!   Unheard of in this family!

It was so nice.

I think it may have to do with the boys being adults, now. It's not all about the gifts... it never has been, but now the boys realize this, too. We began our ritual of Christmas, discussing how difficult was to find this gift, or how horrible shipping was this year.  The main topic was how many items we ordered online ultimately being either back-ordered, or not available at all - even though the sites showed them as such.  This was the case with my eldest son's "big gift" - his turntable.

I ordered it back in November after making sure - over and over - (this became the joke of the morning) that it was something that my eldest would really like to have.  Around December 15th, my order still said that it was "Being prepared for shipping."  I finally called and was told that not only was this item not going to ship on time, but that they no longer carried it. I don't go off on total strangers often, and I try to remember that the person I'm speaking to has nothing to do with my particular problem.  I reamed this poor dude a new one.

So, my husband and I looked everywhere for it.  We got lucky on Christmas Eve and stumbled onto it by accident.  A very happy accident.  We bought it and called our shopping done.

Needless to say, my son loved it.  "The entire family can use it - until I move out."  Fair enough.  After the happy chaos of gift-opening was over, I went into my bedroom to pull a few records from my closet.  I now own all of my parent's records.  All of mine and my husband's albums - collectively over 300+ - were stolen when we were in the process of moving to Columbia.  I took five albums out of my closet, not looking at them.  My eldest was hooking the system up and I showed him the albums.

"Put the Abba album on."  Yeah; he was raised right, I tell you.  All the memories from hearing my mom play her beloved Abba album flooded back to me.  Hearing all of those pops and crackles... heaven.  I haven't had a real record player since I was single. I haven't played a record in, most likely, twenty-seven years.

Today, I spent the afternoon alone.  My husband at work, and the boys out doing what they do.  I decided to look through the albums.  Some I know I have never heard.  Some I can't wait to play.

Whenever my dad or mom got a new album, they'd mark it theirs.  Back in the day, even they would let neighbors borrow an album.  They always got theirs back.

I still have a bunch to sort through.  This is just a sampling: 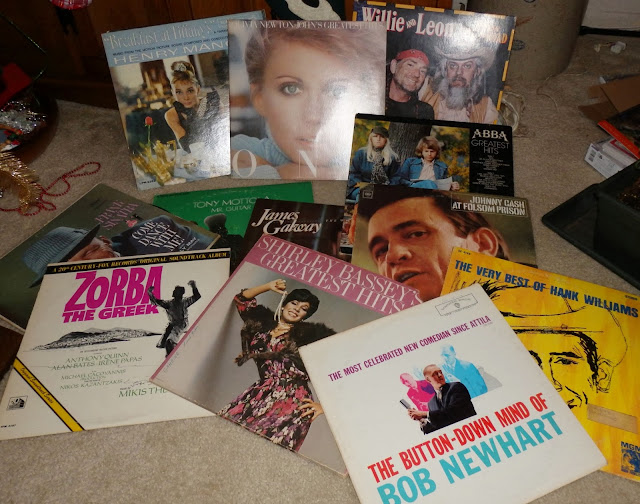 I can remember very vividly when we gave this to dad for his 49th birthday: 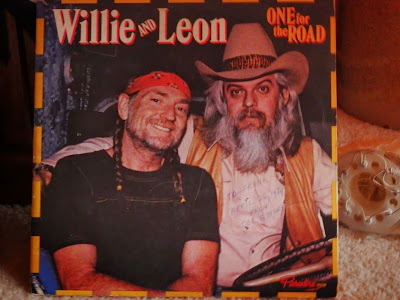 I took the bus to Langley Park (I was allowed to take the Metro Bus to Langley Park when I turned 12) and went to The Music Box.  Mom had called the day before and made sure that it was available.  I took my allowance money from my purse and happily paid for it. Mom took it from me after I got home, and she inscribed it for him: 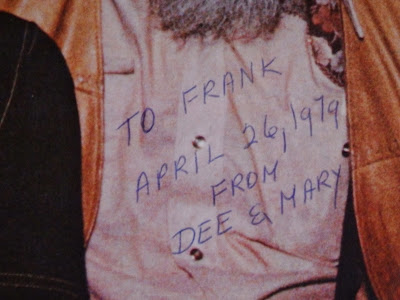 So yeah, I can see that the next few days are going to be filled with really good music.  Lots of memories will be had. Ever have a melody go through your head, and you can't figure out where you heard it?  I mean, for years, I've heard certain snippets of a song, played in a certain way, only to think that I'd never hear it again. I think I have had like six Aha! So that's where I heard that! moments, so far. It's incredible.

And since the kids were out, I had to do it.  The only record of mine that I have is this: 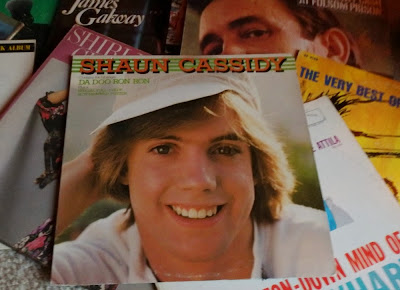 And yes, I played it happily, skips and all.

Now, If I can just get over the fact that a brand-new record costs about $30, I might just start replenishing my collection.