I might have some.  So my doctor thinks.  I guess  it's possible.  He doesn't seem to think I may have developed asthma.  GOOD.  He did diagnose me with severe bronchitis due to allergens. "Your lungs are fine.  It's the upper part of the airway that is infected."  Made sense when he showed me a photo.

I've had this cough for over two weeks, now. During the night, it actually woke me from a sound sleep.  I coughed so hard and so long I scared my eldest son who came running into the bedroom to see if I was choking.  I was.  I lied to him, though.  No need in scaring him.

While it has eased up in the last few days, it is still there and still really bothersome. He seems to also think that the last two bouts of bronchitis that I've had are, in fact, the same bout spread out over a period of months.  WOW.   My next stop is to see the allergist.   I will surely mention the mold issue that we have had in our apartment for the past few years.   We really need to just move, but when you live on one salary and you yourself cannot work due to other medical issues, it's nearly impossible.  Everyone I know says, "Just move.  I would.  You can't live in a place that makes you sick."  Sure.  Yeah. It's that easy.  Not.  I know they mean well.

So, I'll wait until I see the allergist.  I'm sure I'll go through the trigger tests.  Bring it.  This coughing has to end.  I just does.  I'm just relieved to hear that my lungs are okay.  I reminded the doctor that my father passed from lung cancer.  The fear I have had throughout this ordeal has been crazy.  I know that there is a pretty good chance that someday I'll develop it.  I did smoke for 30+ years.  Yeah, I too want to go back in time and talk to that stupid little girl who thought she was the shit when she smoked at age 14.  Smack some sense into her.  Alas. 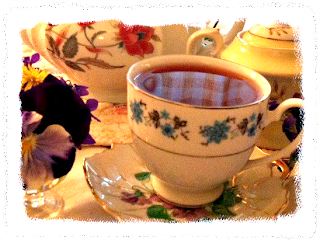 The doctor also told me that humidity just makes it that much worse.  So, if I do indeed have allergies, and humidity is a factor, we might have to consider moving out of state.  Our youngest is coughing right along with me.  I've always wanted to see Colorado!  Best places to live if you have allergies.  I can't do Cali.  I just can't.  I'll visit.  Florida is gorgeous.  I'll never live there, either; way too humid.  We'll see.  In the meantime, I'm off to sip some tea and relax.